Switching on to Fuel Polishing Systems - In Healthcare

To read the article and full magazine on line, please click here. Alternatively the article has been reproduced below. 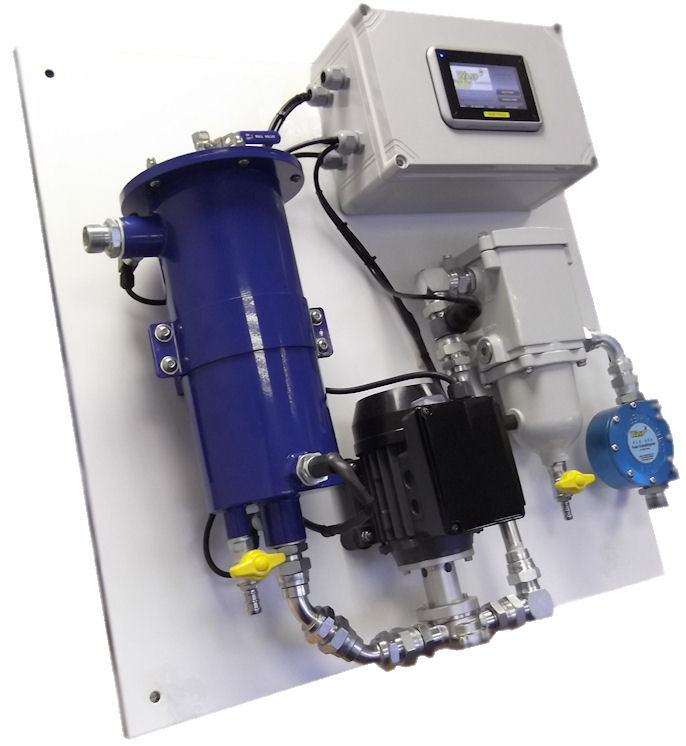 Hospitals are busy environments that have to operate around the clock. This means a constant supply of power for things like lighting and heating, but also to run the plethora of medical appliances used in every healthcare setting. In the case of a failure, hospitals use back-up generators that kick in should the general supply fail.

But, with outages thankfully rare, are hospitals doing enough to ensure their emergency systems are in good condition?

Last year in the US a series of hurricanes threw this issue into the spotlight, with hospitals finding themselves without critical power. One of the reasons for this problem is that back-up generators use fuel and that fuel has to be in tip-top condition. So, as was the case in the US, if systems have not been checked for several years, or even decades in some instances, they will not do the job they were installed to do.

In the UK hospitals are beginning to realise this and are taking measures to reduce the risk. One Birmingham hospital recently installed 10 fuel polishing systems on its back-up generators as a preventative measure.

The increasingly-popular technology, supplied by WASP PFS, will maintain the quality of the stagnant or stored fuel in the back-up generator tanks, helping to prevent the generators from failing during an emergency situation.

Speaking to hdm, Geoff Ross, sales director at WASP, explained: “The hospital called us in and we recognised there was a problem and identified free water, emulsified water, microbial growth and other contaminations in the fuel within the back-up generator. The water was a threat to the generator's fuel system and could have caused damage to, or even destroyed, its injectors. Furthermore, it increased the fuels acidity levels, caused the breeding of bacteria and the formation of biomass. This blocked the fuel pipes and filters and caused the engine to lose efficiency.

“During an emergency situation, these problems could have caused their generators to stall or fail completely, which would risk the lives of patients undergoing high-risk surgical procedures, or those relying on respiratory equipment in cardiac units or intensive care units. It would also risk staff wellbeing while working in rooms without any back-up lighting.”

The WASP system works by removing the ingress water and contaminations from the fuel and restoring it to optimum quality within a matter of hours.

“Recycling the fuel costs far less than disposing it and sourcing more, not just in monitory terms but also in terms of carbon emissions,” said Ross.

“We did one hospital in Gloucester that had spent £750,000 on fuel for its back-up generators, so this is no small amount we are talking about. It makes sense to invest in something that is not very expensive, but will ensure that back-up generators do the job they were intended to do at a time when maintaining services is critical.”

Use this form to get a competitive quote!

How Does It Work?